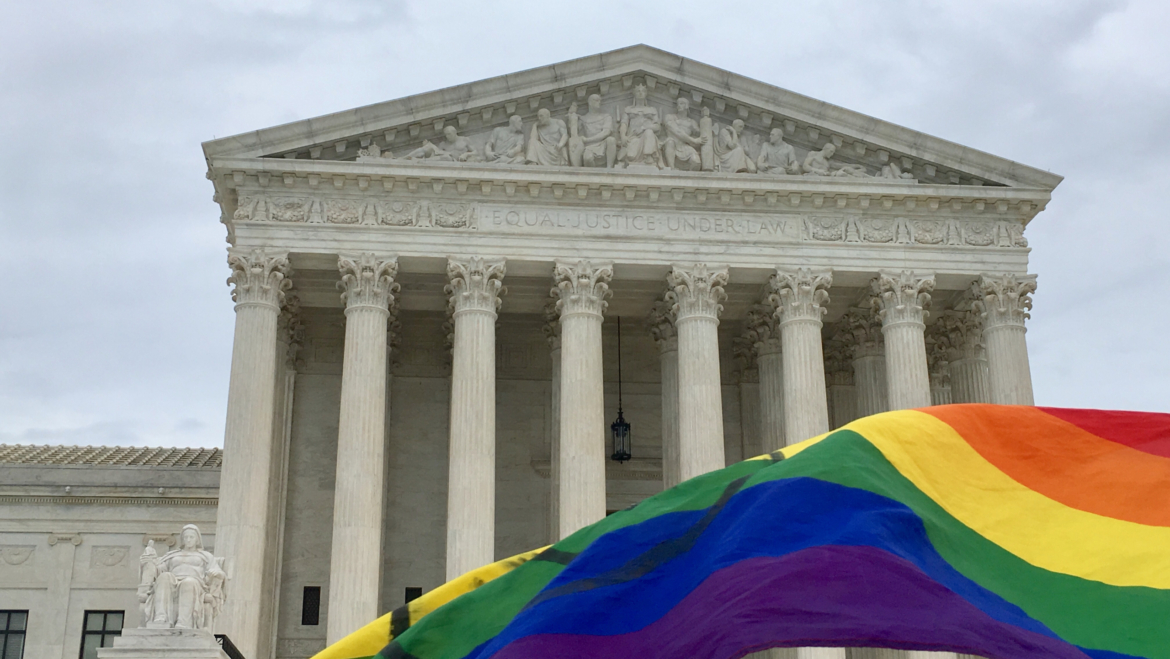 “All human beings should be treated with respect and dignity and should be able to live without fear no matter who they are or whom they love.” —President Joe Biden

In the United States, the LGBTQ+ community and its allies celebrate Pride month in June and LGBTQ+ history month in October. Both months are a time to celebrate historic achievements of progress, to remember those who have been lost, and to remind us all that the struggle for basic rights for the LGBTQ+ community is far from over. In February 2021, President Biden released a Memorandum reaffirming the United States’ commitment to protecting the human rights of lesbian, gay, bisexual, transgender, queer, and intersex persons around the world. As the end of the year approaches, Cloudburst would also like to reaffirm our commitment to embracing diversity, strengthening community and government capacity to address vulnerability, building resilience, and creating lasting impact when responding to development challenges. This goal requires a commitment to advancing LGBTQ+ rights in order to promote a more inclusive, equitable, and diverse society for all individuals.

Historically, LGBTQ+ communities have been at the forefront of advocating for meaningful social change. While great strides have been made globally, many LGBTQ+ people continue to face extreme levels of discrimation and violence simply based on their sexual orientation or gender identity.

The struggles of the LGBTQ+ community are often aggregated into a single group or focus, neglecting the complexity of actual lives lived and the diversity of LGBTQ+ communities across the globe. While some rights have been won for the community as a whole, such as marriage equality in 29 countries, several groups within the community continue to struggle against discrimination and marginalization. Basic human rights such as access to proper healthcare, education, employment, housing, and fair justice systems are not guaranteed for many communities, including LGBTQ+ persons of color, transgender persons, and older persons.

The struggle for LGBTQ+ people to live a dignified life is often exacerbated by multiple intersectional traits. The data above shows how some identities in the LGBTQ+ community might see better access to equality while others (especially transgender persons and LGBTQ+ persons of color, disabled persons, and older persons) face additional barriers or hardships that are erased by aggregating the community as a whole.

While there are some federal rights and protections for LGBTQ+ people, data also shows that even when legal equality is achieved, progress is often slow to reach the most vulnerable populations. Through the lens of housing in the U.S., one can examine how race, citizenship, ability, gender identity, and geography can intersect to impact the lived experience of LGBTQ+ people and their ability to fully benefit from legal protection.

The few examples above illustrate how different social identities can create overlapping systems of privilege or oppression. The ways in which these identities interact in the real world can impact one’s access to legal protection, healthcare, homeless services, and basic social services and significantly impact one’s ability to achieve upward mobility. Using an intersectional and historical approach to understanding the diverse realities of LGBTQ+ people can help set a foundational framework for creating a more inclusive world where change is not reserved only for select groups of people.

Addressing housing instability and homelessness is key to ending the HIV epidemic.

Safe, stable housing enables people to prioritize their health and live longer, healthier lives, and this notion influences HUD's work this #WorldAIDSDay and every day.