Mobile Application to Secure Tenure in Tanzania and Burkina Faso

Mobile Application to Secure Tenure in Tanzania and Burkina Faso 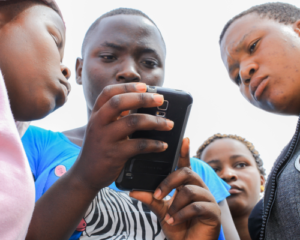 The Mobile Application to Secure Tenure (MAST) is a participatory approach to securing and recording land rights using innovative technology and tools that reduce errors, reduce processing time, and reduce misunderstanding in implementation. MAST uses a mobile application to collect geographical and spatial data to demarcate boundaries and capture attribute data on land and resources. This data is then transferred to a computer application where the information is verified and used to create certification of use rights and occupancy of the land parcels. Implementing MAST in the field is a collaborative process in which locals are trained to use the mobile app to capture the data, increasing locals’ knowledge of laws and rights that affect their community while decreasing errors since they are already familiar with landholders.

Cloudburst Group developed MAST for an initial pilot in Tanzania to create “proof of concept”. After great success, MAST was adapted for use in Burkina Faso as well.

Through this contract, Cloudburst accomplished the following in Tanzania:

During the pilot project, MAST was used to map and collect data on approximately 3,900 land parcels in the three villages, and the District Land Office subsequently prepared Customary Certificates of Occupancy for 1,600 of these parcels. After the completion of the pilot project a different U.S. Agency for International Development (USAID)-supported effort, the Feed the Future Land Tenure Assistance Activity, continued to deploy MAST in Tanzania at scale.

And in Burkina Faso:

During the pilot project, MAST was used to map and collect attribute data on approximately 2,600 land parcels in the four villages in only two months, and the commune Land Tenure Services used this data to prepare land certificates for most of these parcels for distribution to those citizens who paid the required fees. However, due to the relatively high cost of land certificate fees vis-a-vis rural incomes—XOF 12,000 (USD 21)—only 504 land certificates were distributed to citizens by the fall of 2017.